Our Movie Nights are always very popular, and typically are run every 2nd Tuesday of the month.

Our next presentations are: 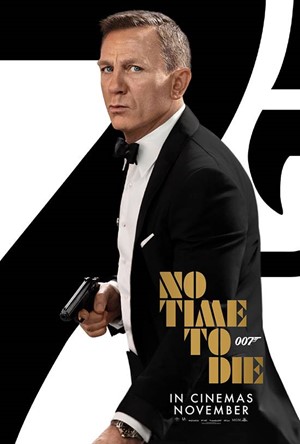 Just my opinion, but I think this is one of the best Bond films ever, and a fitting end to the Daniel Craig era. Bond has left active service and is enjoying a tranquil life in Jamaica. His peace is short-lived when his old friend Felix Leiter from the CIA turns up asking for help. The mission to rescue a kidnapped scientist turns out to be far more treacherous than expected, leading Bond onto the trail of a mysterious villain armed with dangerous new technology.

The 1961 original film won 10 Oscars (still a record for a musical) including best picture. In this 2021 remake, Steven Spielberg does something that only he could do – his new version of this classic Romeo and Juliet tale is breathtaking, magnificent and dazzles the senses. Here’s what some reviewers have said:

“Everything here has been turned up to 11, and you can really feel it -- even in numbers that we've heard a thousand times before.”

With our big screen and amazing audio, we can’t wait to screen this at HXVH.

Our new hall has been made possible with the help of the following: